"For the first time since asylum in Jordan, we found an organization that takes care of us as older people" 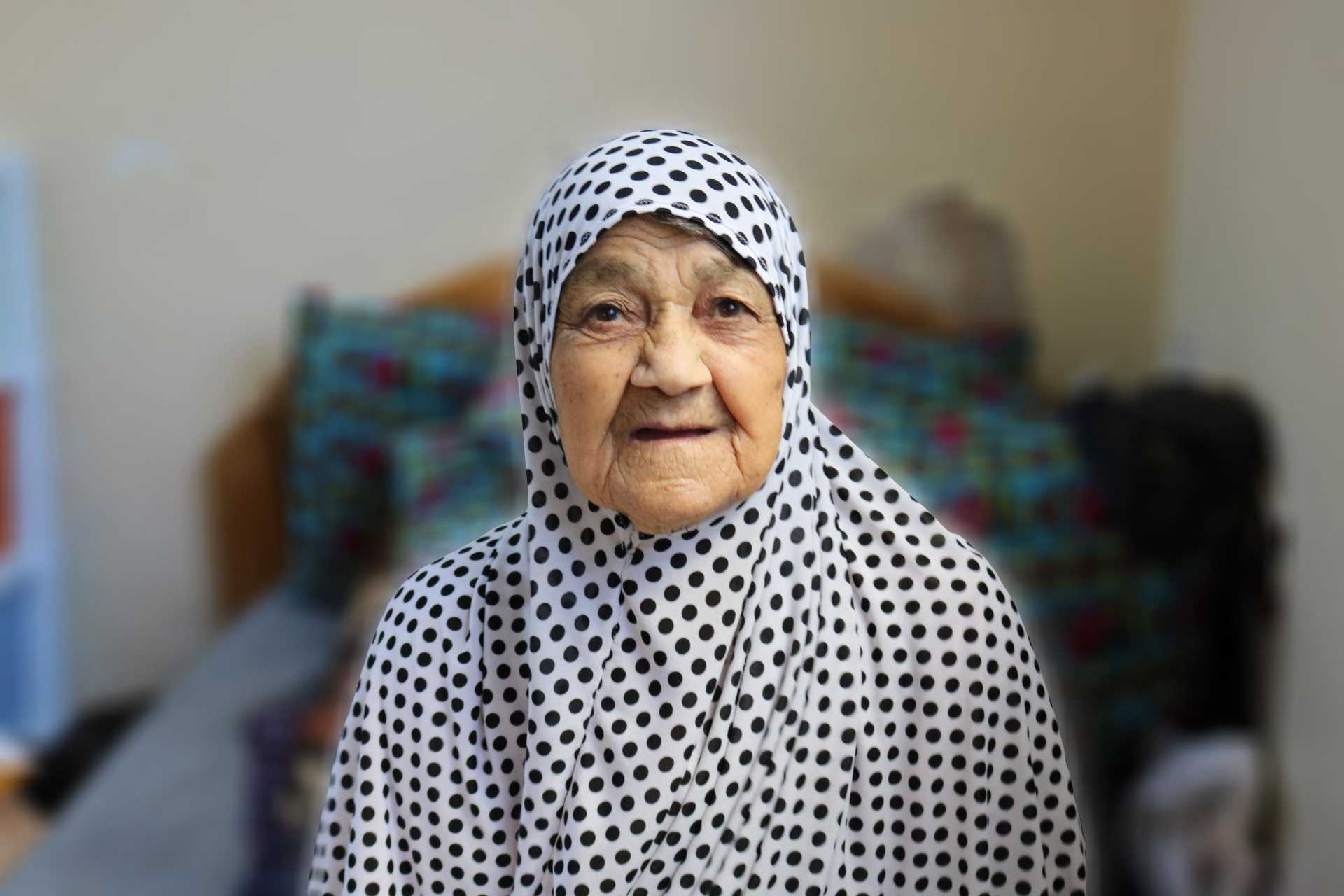 "For the first time since asylum in Jordan, we found an organization that takes care of us as older people"

"I first heard about COVID-19on TV and at the time I felt it was very scary. What we hear about its effects on older persons is harsh, but the hardest thing for me is that I can no longer see my daughters as usual, and the difficulty has increased because I have a fracture in the pelvis that prevents me from moving and doing various chores." This is what Ms. Fatima Fawaz Al-Fawaz, 92, said.

"More than eight years ago, I left Syria and have taken refuge in Jordan.  I lost a lot of family members and friends, and my relations with my children and grandchildren decreased, and I suffer from boredom and loneliness at times, as I have no friends and I can no longer see my children and grandchildren. When the curfew was imposed, my feelings of loneliness, anxiety, and boredom, have increased. I cannot even see anything on TV but the news to see what is happening, and I am anxiously awaiting the end of this night nightmare, because life without my grandchildren and daughters is unbearable, and has become meaningless.

My anxiety increases when I see fear in the eyes of my 72-year-old son, who I live with. When he enters the house wearing a mask and gloves and washes his hands or takes other safety measures, for concerns on my health more than his own.

During these difficult times, the young woman, Maram, connected with me; she told me that she is from an organization concerned with the older persons and that they are working on a project to strengthen the emergency response to address the Corona virus crisis and provide emergency services and humanitarian distributions to ensure prevention for older men and women with or without disabilities funded by the Jordan Humanitarian Fund-UNOCHA and implemented by HelpAge International in Jordan.  They began providing me with awareness messages about the Corona virus and prevention methods in addition to check on me and asking about my health continuously.

Honestly, these calls and consistent communications played a big role in raising our awareness and correcting a lot of inaccurate information about the virus, as well as reducing the psychological burden that I was feeling. I became comfortable talking to Maram and telling her about all my worries and what comes to my mind; How much we needed a person to talk to in this crisis! I was eagerly awaiting these calls, especially with inconsistent news and incomprehensible information that was not clear from TV for me, so this was the only source of information that I could understand and trust.

I have more information about the nature of this disease, how to deal with it, how to eat healthy food to strengthen immunity and the importance of exercise, and what is nice about the information is that it is clear, direct and simplified, and most importantly, this is the first time since asylum in Jordan that we find an organization which deals with us (older persons); Previously I have not found any  entity that takes care of older persons, as if it were a crime that we have grown older. I advise the new generation to pay attention to health at all times. The most important thing to take care of is their health and not to neglect a healthy balanced life- style so they grow old and strong and not have to depend on assistance from anyone.

Such projects are important for older persons because everyone needs to feel cared for, especially older persons, who are neglected. This project, in particular, has had a psychological impact on us “my son and I” as older people and we started to feel that someone is interested in us. We have become interested in reviewing what we are being told over the phone and memorize it together. I hope that you will continue to communicate with us because you have become part an important part of our lives.”