"Age is just a number that should be considered?! I'm still able to give" 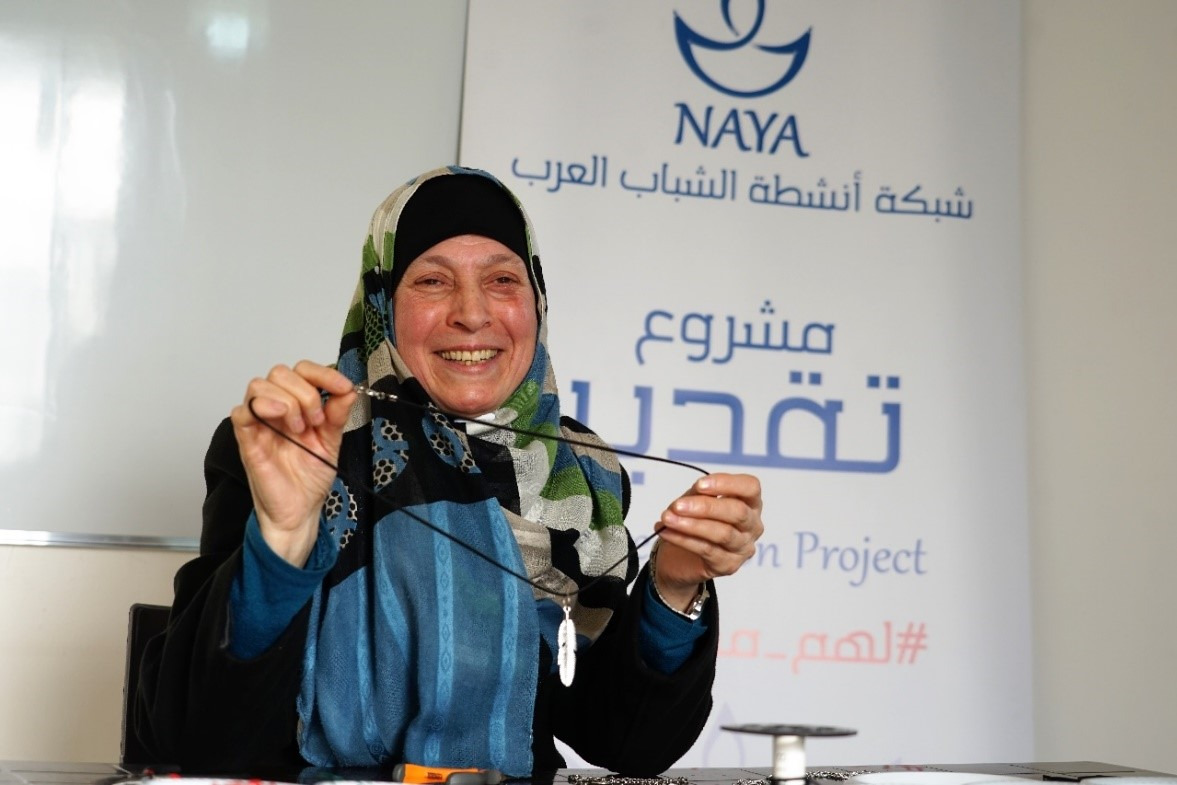 "Age is just a number that should be considered?! I'm still able to give"

I gave 28 years of my life to the field of education, where I lived a life full of work and achievements and joy, until the crisis in Syria began. This forced us to move within the regions and governorates of Syria four times, and then the situation got a lot worst, we suffered a lot, and were obligated to leave Syria to Algeria, then from Algeria to Egypt, and from Egypt to Jordan.

I came to Jordan as a refugee in 2013 to find myself without work and without friends. I was so lonely that it prevented me from breathing. I was so lonely that the night and day passed on us like a piece of fabric that no longer had any value. I passed through many empty daily routines. This led me to live in a spiral of psychological stress that was increasing the difficulties of life.

I tried to help myself find a job or apply for training programs that some institutions and organizations provides, but every time my attempts were rejected because of my age, despite my strong desire to join these programs. This led me to wonder and ask myself: "Ok, why do they consider the age? "Age shouldn’t be considered!! It is just a number and I'm still able to give”.

I continued to search until I started working in an accessories shop located in the centre of Zarqa. My work was simple just packaging and sometimes sorting. When I liked some pieces, I wished I had a particular addition and I wish I had the skill to do it myself.

One day, I met a friend of mine, she told me that she wanted to go inquire about a program targeting older people at the community centre of NAYA. On my way to them, I felt like I was walking miles and miles, and all I could think about was that I was most likely going to be rejected as usual. When we got there, we met with the coordinators of the centre who immediately registered us for an introductory session. I was so happy that I came a full hour ahead of time to attend the session, I later found out that this was an awareness session for a project called ‘Appreciation’ that was implemented by NAYA and funded by HelpAge International in Jordan.

I participated in the training of accessories making through which I met many people of my age, with similar experiences to mine and we formed many new friendships. Through these activities that NAYA led we were able to prove that age is just a number unlike what many seemed to think. I enjoyed the making of accessories so much that I continued to make them after returning home. I taught that to my sister, who later decided to join the program and then we made accessories together and spent a lot of leisure time.

Over time, I became even more qualified. I followed up with the trainer instructions even more than anyone else and after a while I was able to train others. My joy was filled when they asked me to hold a paid training for a group of young women. I am not exaggerating when I say that this was one of the most beautiful experiences of my life. Even though I loved being a teacher this brought me a different kind of experience which I highly enjoyed. It was also a wonderful and real opportunity for me to renew the spirit of giving and to becoming a top-level trainer.

I hope that all older people will have such an opportunity in their lives to work their passions.  and finally, I hope that institutions and organizations stop looking at age when such opportunities are offered, because it is not always the right indicator. We now have a lot of experience, but maybe we need more opportunities and attention more any other time.